Queenstown is one of the most popular destinations in New Zealand. It’s also one of best-known adventure destinations in the world. Yep, the bunjy jump was born here in 1988 at the Shotover River’s Kawarau Bridge. And if you didn’t know that Queenstown makes a perfect stunt-double for many Middle Earth locations in Lord Of the Rings, get out from under your rock. Here a few facts you might not already know.

Let’s see how much you know about Queenstown

In 2018, almost 2.5 million visitors passed through Queenstown Airport. The busiest times of the year coincide with the ski season (roughly June to September). Queenstown Airport is the 4th busiest in the country, which is impressive when you consider the relative size of the local population (it’s the 27th largest urban population in the country).

Lake Wakatipu, the squared S-shaped lake that Queenstown is built on, is the longest lake in NZ. The town and the lake surface sit at 310m above sea level but the deepest part of Wakatipu is actually below sea level.

Or rather, there’s still gold in those rivers. The Otago gold rush, which helped turn Queenstown and Arrowtown into thriving communities, might be long over but there are still plenty of opportunities to make money from gold prospecting. The Shotover river (which I feel the award for the world’s coolest river name) is popular with miners who can get up to $50 worth a day.

In 1947, NZ’s first commercial ski field, Coronet Peak opened with just a tow rope to transport paying customers to the top of the slopes. The ski area now has high a speed quad chairlift, a high-speed six-seater chairlift, and a high-speed beginner lift.

There are now 18 commercial ski fields in New Zealand and 25 in total. Coronet Peak and the other ski fields near Queenstown sees visitors from all over the country, Australia and further afield. When it’s summer in Europe and the US, it’s snow time down south.

Fact: You Can Drink The Lake Water

The Lonely Planet made up some statistic about Wakatipu having one of the world’s purest water. While the water is pretty darn clean and regularly gets a “very good” rating on the Water Quality Trophic Level Index (TLI), Wakatipu is not purer than Siberian, Antarctic, or Alaskan lakes, for obvious reasons. The official description is “clear and blue with very low levels of low levels of nutrients and algae”, according to LAWA, Land Air Water Aotearoa.

But you can still drink the water. Just avoid sipping on the stuff close to where boats moor in the town. That water will definitely not win any prizes.

Fact: Queenstown Is A Prime Location For Movie Sets

Queenstown’s natural beauty and infrastructure make it a top choice for film scouts, despite the relatively remote location of the region. Mission Impossible Fallout was filmed here in July of 2017, standing in for the mountains in Kashmir.

In January 2020, to-be-revealed parts of Queenstown will stand in for Montana in the Netflix adaptation of The Power of the Dog, directed by Jane Campion.

Some other big-name films that the town and surrounds can claim a supporting role in include:

The Winery, a wine store and wine-tasting cellar is billed as the world’s largest tasting of New Zealand wines. You can taste over 80 different varieties from every region of the country without even leaving the comfy leather chairs of the lounge.

Head a little bit out of town and you can sample the magnificent view and incredibly fresh white wines of Gibbston Valley Winery. This place is what we’d call heaven for wine fans.

According to the NZ Wine Directory, there are almost 130 wineries and vineyards in Central Otago 🍷

The Remarkables mountain range runs directly north to south. That might not sound so interesting but there’s only one other range in the entire world that has this orientation.

Fact: The Gay Pride Festival Is The Biggest in the Southern Hemisphere

Queenstown’s Winter Pride Festival (previously called Gay Ski Week) is a source of pride for the people of the town in more ways than one. The festival has been running since 2012 and is the largest gay pride festival south of the equator. The dates for the 2020 festival are Friday 28 August to Sunday 6 September 2020.

Fact: It’s Named After A Town in Ireland

Cobh, Ireland became Queenstown in 1849 after a visit from Queen Elizabeth of England. The town of Cobh existed since long before the first European set foot in Queenstown, NZ in the 1850s but both places were named or renamed within a few years of each other. Maori tribes had settled here hundreds of years ago but abandoned the area before Europeans arrived. In the early 1900s, the Irish state reverted back to the original name for Cobh. Queenstown in New Zealand has no plans for a makeover.

Fun fact: Cobh was also the last stop of the Titanic before it headed off into the Atlantic. 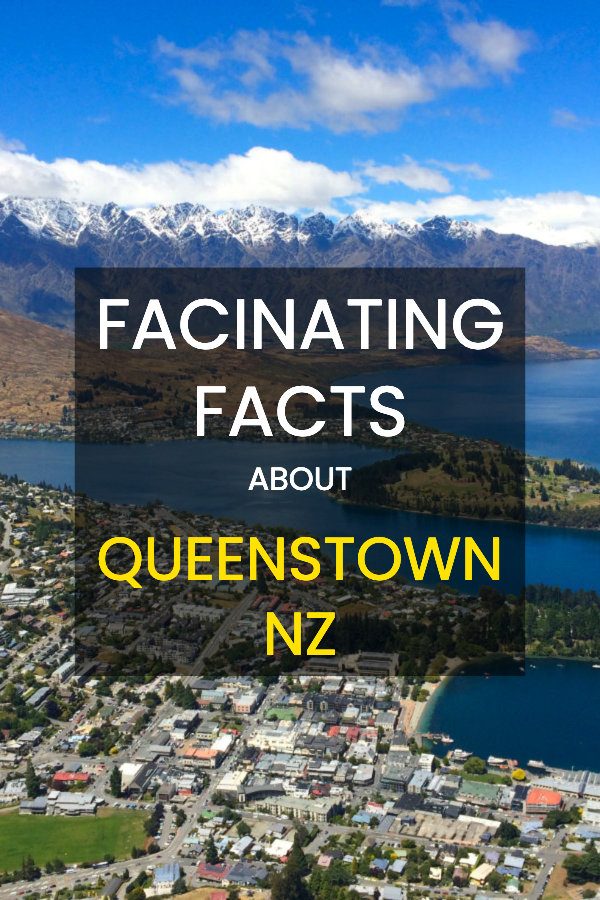