Thanks to its strategic geographical location, mountainous topography, and ancient unique culture and language, the Republic of Georgia is bursting with interesting people and places. But this small sliver of land sandwiched between the Black Sea, Russia, Turkey, Armenia, and Azerbaijan, is relatively unknown on the world stage. It’s certainly off the beaten track for most travellers (at least for Western travellers). Mention Georgia to anyone and the first place that they probably think of is the Southern US State. But Georgia the country has a recorded history that stretches back millennia. There’s a wealth of interesting personalities, beautiful natural features, cities rich in history, and unique qualities in this land the locals know as Sakartvelo. I’d like to share a few facts about Georgia that I found while travelling and researching the country.

Josef Stalin, in case you didn’t know, was a tyrant, genocidal maniac, and leader of the Soviet Union for a time. He’s also considered an okay guy by some people in some parts of the land of his birth, Georgia. In Gori, the town where little Ioseb Dzhugashvili was born and grew up, the man’s legacy helps float a minor tourist industry.

The popular musician Katie Melua might not as high profile as the other two famous Georgians in this list, but Melua (real name: Ketevan Melua) made a name for herself in more recent times by selling zillions of records. She was one of the UK’s richest artists in 2008 at the height of her career. Born in Kutaisi to Georgian parents, Katie moved to the UK at the age of 8 and is better known as a British artist.

A little-known fact that’s quickly becoming a talking point for tourists, expats, and digital nomads is that the visa rules for tourists and visitors to Georgia are the most generous in the world.

Citizens of 98 countries (half the number of world countries) may enter Georgia without a visa for one full year. In fact, the visa allows people from the countries listed to enter, live, work and study in Georgia without the necessity to get either a visa or residence permit.

Georgia is also the 6th easiest place to do business in the world according to the world bank. This definitely counts as the world’s most liberal visa policy and one of the most capitalist-friendly places on earth.

The colours of the Georgian flag symbolise the bloodshed, wars, and suffering of the past (cherry red) and the hopes and aspirations of the future (white). The four crosses on the Georgian flag follow a formée pattern – narrow arms at the centre expand wider as they move towards the end points.

This current flag, although used for centuries before the modern age, was not officially adopted until 2004. Around thirty other country flags depict crosses but none have as many as the Georgian flag which boasts 5.

Georgian Wine Is The Most Interesting in the world

If you’ve been reading anything about Georgia, you’ll probably know that this part of the world was where humans first began to cultivate grapes and make wine.

But that’s not all. Georgia has a unique viticultural history and tradition. Many Georgian winemakers use a qvevri (a type of oval clay pot buried in the ground and filled with grapes for fermentation) to produce delicious, deep-flavoured products. Winemakers also prefer to keep the grape skins, stems, and pips in contact with the liquid during the fermentation process. And Georgians are helping to revive the concept of naturally-produced wines – made with as little as possible added to the grapes. Georgia not only has an 8000-year-old history with the grape but boasts 8000 vintages. The ancient traditional Georgian winemaking method that uses a qvevri is one of only two wine-related elements on the UNESCO Intangible Cultural Heritage List.

These unique qualities help make Georgian gvino unique among the wines of the world, and the most ancient winemaking cultural tradition.

The word for Georgia in the local language is Sakartvelo.  The word for the local people in the local lingo is Kartveli. The English moniker, Georgia, has nothing to do with St George, the patron saint of England, reputed dragon slayer and, based on the scant historical records, a man who popped up regularly over a thousand years of history. By the way, they named Georgia in the US after the King of England in 1732.

Just to make things even murkier, the central square of capital city Tbilisi, has a monument called the Freedom monument. But it’s also called the St. George Statue.

Georgia, the country name, comes on the old Persian name for the country, gurğ. When you consider the size and influence of Persia (modern day Iran), it’s no wonder that the tiny nation of Sakartvelo ended up with an Anglicised version of a Persian word. Many Iranian elements exist in the Georgian language.

Ancient Georgian uses a unique alphabet and script. The alphabet is phonetic, contains 33 letters. The oldest Georgian script, Asomtavruli is also known as Mrgvlovani, which literally means “rounded”. It’s easy to see why. The curly letters with stems are often said to represent vines, the base of viticulture which is deeply ingrained in Georgian culture.

Georgia is the land of the toast

No, not the lightly burned bread that goes well with butter or jam, rather the kind of toast given at an event. And in Georgia, eating or drinking are considered events. In gatherings, public events, and family mealtimes, a toast is followed by a drink (wine or chacha). There are apparently over 100 types of toast and a Tamada is the person at the table assigned the role of the toastmaster.

In Georgia, the toast is an art form.

With all the enthusiastic toasting, meals can sometimes take hours. Impatient diners might wonder what it’s all about. But the toasting to God, families, country, the meal, the wine, and even the very meeting of friends and family at a table, all makes for a bigger sense of community and unity.

In Georgia, the toast is an art form.

Georgia is in Europe, or is it?

East or west? Or in the middle? Most travellers would agree that Georgia feels more like a European country (Eastern or Southern) than a country in Asia. But where does Europe end and Asia start? The boundary between the continents can be defined politically and physically/geographically. Keep in mind that Europe and Asia are both parts of the same landmass. And the Caucasus region, a hotbed of border disputes, is a region that spent hundreds of years swapping allegiances with and being subjugated by major empires.

The Euro-Asian boundary changed many times politically in the last couple of centuries. Anything west of the Ural Mountains in Russia or north of the Caucasus mountains is generally considered Europe.

But where does that put Georgia, a country surrounded by the Caucasus mountain range, located in the middle of everything?

Wikipedia defines Georgia as a transcontinental country. In fact, it puts Georgia as part of Transcaucasia, which makes it geographically in the East. Only one tiny part (a section of the Kazbegi Municipality) lies in Europe.

Georgia has an association agreement with the EU and the Georgian government expressed a desire for the country to apply for membership of the EU. If it one day succeeds and becomes part of the European Economic bloc, the recognised political borders may change.

Nomad Flag Guide To The Best Things To Do in Tbilisi

Church With A View

One of the most popular tourist attractions in the entire country, the Gergeti (Orthodox Christianity) church makes its name in many places.

The Guardian newspaper included the Gergeti Trinity Church on its list of The World’s Most Beautiful Churches. Sitting on top of a mountain surrounded by even bigger peaks, this church has one of the most spectacular neighbourhoods in the world.

The church, built during the golden era of Georgia (11th to 13th century) sits at almost 2200m elevation. It is 700 years old and was a hiding place (thanks to its elevation) for Georgian national treasures. The church is now a popular wedding location for locals and foreigners. It’s also easily reachable from the capital city, Tbilisi.

Until recently, the only way to reach the church was by hiking up a fairly steep path. A paved road now allows hundreds of visitors a day to reach the location just north of Kazbegi town.

Skiing in the Caucasus

Did you know that you can ski in Georgia?

There are 6 main ski resorts in the country (Gudauri, Goderdzi, Bakuriani, Hatsvali, Tetnuldi, and Bakhmaro), each with its own character. Georgia’s mountainous topography gives visitors and locals plenty of opportunities for different skiing options depending on the weather and conditions. Gudauri lies handily in the middle of the country and is only 120km from the capital.

While the facilities are far from major European resort standards or any Western resort, the snow quality is excellent and the entry fees are super cheap. This is one of the cheapest places in the world to ski. 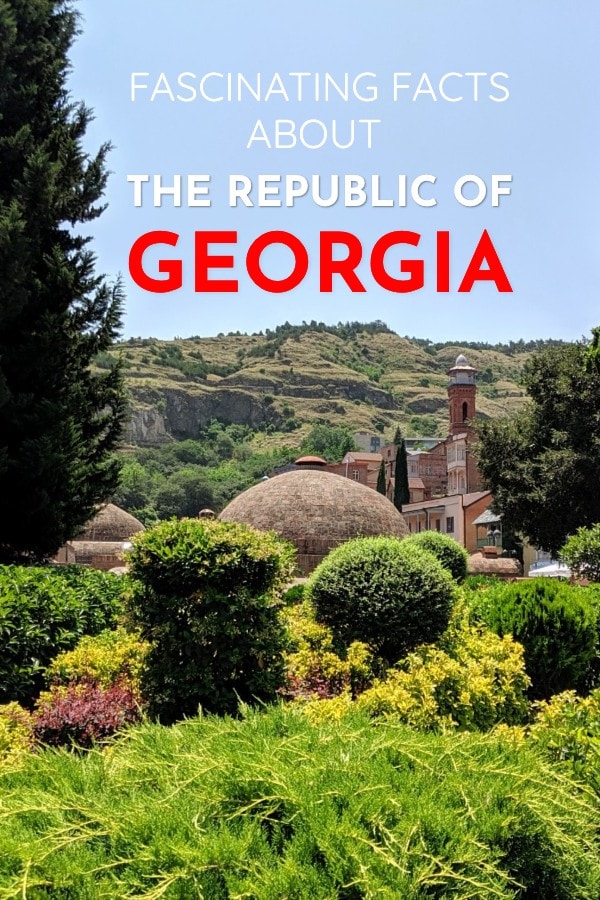