Looking for inspiration for your travels? Need a guide to foreign country that does more than list hotels and places to eat? Do you want to go deep into the cultures and politics of the world? These wanderlust books will give you an understanding of human emotion, human behaviour, and the geography of the world better than the Lonely Planet.

Non-Guide Books that inspire you to travel

I enjoy travel books. Tales of adventures in countries I’ve never been to by people I can only admire always seems to give me the travel bug. But I use guides more for pure on-the-spot reference and I use travelogues as entertainment.

My views on guide books are a bit like my views on self-help books. I’d prefer to read To Kill a mockingbird, The catcher in the Rye, and anything by Oscar Wilde to learn about the human condition. Self-help writing doesn’t do that for me, but I understand their usefulness. Similarly, I find that I can learn more about travel from writing that doesn’t fit in the guidebook/travelogue genre.

Non-Travel Books to Travel With, in no particular order.

The Silk Roads – A New History Of The World

One of the best historical travel books of the last few years, historian Peter Frankopan‘s incredibly engaging work reads like a novel and covers a huge amount of ground. With more action than 1000 Bollywood movies, The Silk Roads races through violent periods of world history while delicately avoiding glamourization of wars, conquests, and the sufferings of people.

The Silk Roads is a history book filled with tales of adventure. But as history is tied to the political and natural geography of the world, Peter Frankopan’s work serves as a guidebook to the most important (at that time) regions of the world during several millennia.

The focus of The Silk Roads is the geographical heart of the world, Asia. If you have an interest in the parts of our planet that stretch from the Eastern Mediterranean and the middle east, all the way to China, then read this book! It will help you understand how the people and countries of this region became the motors of civilisation.

Frankopan shows how, as Europe and the US become less powerful on the world stage, Asia is on the rise once again. The economic and cultural centre of the world is shifting and the rest of the world is looking towards this region. The Silk Roads looks at the fascinating history of the silk roads and details the geography, culture, and traditions of this part of the world better than any guide book. A must-read!

Jared Diamond’s tour-de-force on the rising and falling of cultures and countries is a powerful book. If you’ve ever wondered why some countries remain poor while others prosper, read Guns, Germs, and Steel. Diamond is a humanist and his excellent tome leads us around the world explaining why historically, some cultures were doomed to remain left behind while others enjoyed advantages no others had.

The author helps quash any notion of superiority or inferiority regarding certain peoples. Diamond touches on the delicate subjects of race and intelligence in a thoughtful, practical way. This book will help you get a better understanding of human culture. It will allow you to appreciate how geography was the biggest factor in determining the evolution (in economic terms) of certain races, and not intelligence or human endeavour.
A great companion to the Silk Roads (see below), Guns, Germs, and Steel is a must-read for history buffs and anyone interested in the formation of societies.

Diamon’s work should be mandatory reading for racists, imperialists, and those with a superiority complex.

Set against the backdrop of Argentina, post-Perón, Tom Mitchell’s book is a short read, but one that will leave an impression. It’s a beautifully simple story of how Mitchell befriended a penguin in Uruguay, smuggled it across the border into Argentina and introduced it to an entire school of pupils and teachers were Mitchell was stationed at the time.

Having a wild animal as a pet is a difficult enough proposition and the author’s story recounts how he managed to travel with the penguin and nurture it, back in Argentina, while at the same time come to terms with his new life. As a young man a the time, his was a life of potential adventure, handicapped by the act of owning a pet, something that quickly became apparent to him.

There is a real affection for his newfound friend and Mitchell spends a lot of the book discussing the interaction between Argentinians from all walks of life, and this flightless, comical sea-bird. Mitchell’s descriptions of Uruguay, the province of Buenos Aires, and the beautiful south of the country are enough to make anyone want to visit.

This unique tale of serendipity goes to show that travel greatly increases your chances of something truly life-changing occurring.

Duende – A Journey Into the Heart of Flamenco

I first read this book the year it came out when coincidentally, I was going through a period of intense fascination with Flamenco. So much so that I had made plans to move to Spain and try to improve my guitar skills in one of the most demanding genres of music. Jason Webster’s book Duende is the true story of the author’s transition from lonely, directionless, twenty-something to semi-professional flamenco guitarist playing with Spanish gypsies.

Webster’s journey reads like the script for a movie. Armed with a new sense of determination and direction the author finds himself presented with a series of lucky opportunities. The book focuses on the difficulties that come with learning a skill from scratch in a foreign country with a different language. But Webster has lofty ambitions from the start. He eventually goes full-flamenco and assimilates himself into the gipsy environment.

The descriptions of the beauty of Spain, the music, the culture, the food, and people are enough to make us all drop everything and head off to live in Andalusia. The author’s fascinating account of life in an alien environment is a sort of coming-of-age as we watch his confidence and understanding of the world grow as he begins to understand the people and culture of his newly adopted country.

For musicians, Hispanophiles, and adventure-seekers.

Zen And The Art Of Motorcycle Maintenance

“Zen” is a deep work of semi-fiction and travelogue. It’s a philosophical discourse disguised as a motorcycle travel book.
It will make you want to get outside of your comfort zone, buy a motorcycle and travel long journeys philosophising. You will examine the world at a level you never did before. Zen’s author Robert Pirsig is, what I’d call, a philosopher-poet engineer. He’s technically-minded and sees the logic behind the ludicrous. But he’s a deep thinker about human emotion and constantly examines why we do what we do.

The entire book takes place in the heart of America as Pirsig, his son, and some friends travel by motorbike on a journey of discovery. It’s a fascinating ride through parts of America seldom mentioned but the author’s focus is more inward than on his surroundings.

Zen And The Art Of Motorcycle Maintenance will give you a new framework for discovery in life. It will also give you a serious case of the travel bugs. For philosophers, worldly thinkers, and lovers of the journey, rather than the destination.

The Unbearable Lightness Of Being

Milan Kundera‘s most famous novel is like no other. The novel takes place in moody scenes around Prague and also Zurich. Prague’s melancholic atmosphere at the time of the Soviet invasion in the 1960s is evocatively conjured up by Kundera’s unique style of writing. Of course, I had to buy and read it then when travelling in the Czech Republic. In fact, I read the entire thing in Prague, the capital of the former Czechoslovakia (which included present-day Slovakia).

A book for philosophers, romantics, and one for those interested in the human condition, with themes such as love, sex, logic, betrayal, and envy.  One to read with a glass of wine on a rainy day in Prague. For the romantics, sceptics, and lovers of the dark corners of Europe.

A Short History Of Nearly Everything

Bill Bryson is a true travel writing legend. Almost everything he has penned could be placed in the travel section of your local bookstore. You will most likely find this book, however, in the popular science section of your local Barnes & Noble. A Short History Of Nearly Everything explains the world like no other, yet it is not a travelogue or guidebook. It’s a science and history work and makes for an excellent introduction to our planet, it’s natural features, and it’s people.

Bill Bryson has the enviable ability to turn the most (seemingly) boring subjects into fascinating topics. The man can write about pond moss and make it a page-turner. And in fact, that’s exactly what he does. In A Short History of Nearly Everything, Bryson goes into depth on subjects that most people probably suffered through in school, yet he does it with style, unassuming modesty, and an irresistibly upbeat tone.

Bryson is more famous for his highly successful and terrific humorous travel books. If you want to learn about a country and belly laugh at the same time, pick up any travel book by this man. You won’t regret it

Bryson spends years researching his books, and it shows. You’ll learn about the world and how it was formed. You’ll be enthralled by how scientists and explorers made discoveries that shaped our understanding of this small planet. And the world really is small, when one considers the scope of the universe. Bryson spends almost an entire chapter showing just how small our blue planet really is. As a meditation on life, this really helps with understanding just how insignificant we really are.

We are a speck of dust on a speck of dust, in a huge vastness that has yet to be explored. Human beings have conquered the globe but live in a delicately balanced ecosystem that could fail at any minute. Reading A Short History Of Nearly Everything made me understand that life is very short and the world is an amazing place. But it won’t be around forever. In several million years it’s likely that planet earth will no longer sustain life.

See the world while you still can!

Georgia: In the Mountains of Poetry

First published in 1998, Georgia: In the Mountains of Poetry is a fascinating look at a country in a state of drastic change. Georgia is a beautiful country with a long history as important crossroads on the silk roads. Georgia’s critical location in the Caucasus mountains, unique tradition in winemaking, indestructible culture and language (despite centuries of oppression by foreign invaders), and impenetrable mountain ranges makes it a country like no other.

Author Peter Nasmyth has lived in and travelled in Georgia for more than thirty years and is the owner of the English language bookstore and expat hangout in Tbilisi, Prospero’s Books. His perfectly crafted prose introduces us to the country of Georgia and the author dives deep on issues of politics and identity. But the local people of Nasmyth’s early travels in his adopted country feature more prominently than anything else. This might be a quasi-travel guide about a country but it’s more a book about its people. 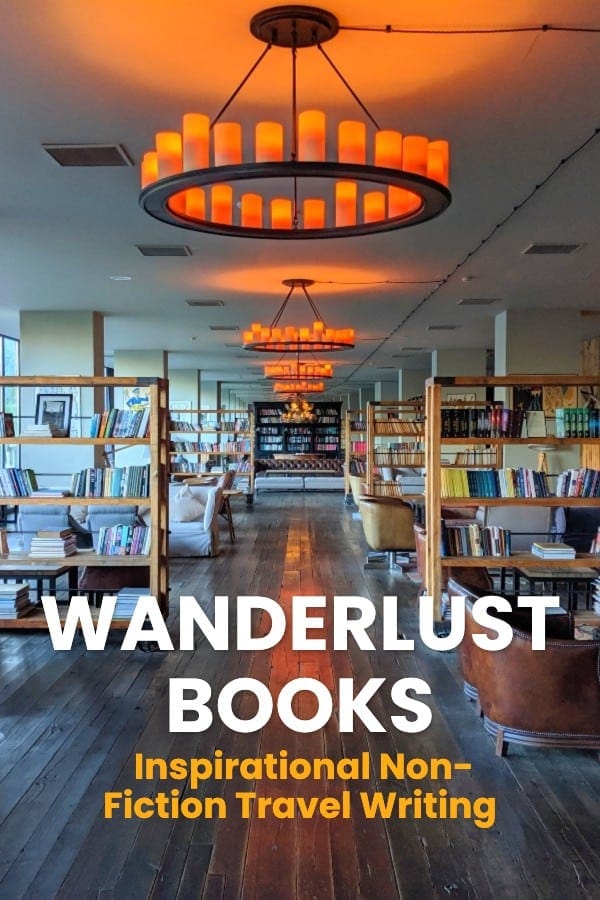